A Russian friend of mine has posted this absolutely amazing story.

He works at a hard-drive repair center in a Russian town right next to the Chinese border. A couple of days ago a customer has brought a broken 500Gb USB-drive that he had bought in a Chinese store across the river, for an insanely low price. But the drive was not working: if you, say, save a movie onto the drive, playing the saved movie back resulted in replaying just the last 5 minutes of the film. 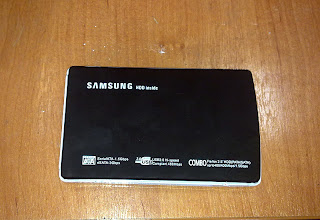 The whole service center was rolling on the floor laughing. This was not the first time someone has brought a disk like that. And the previous drives were also bought in China... They opened up the drive right in front of the astonished customer. This is what they saw: 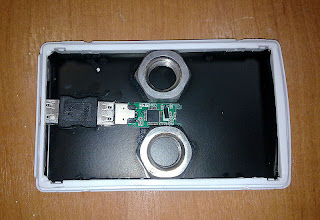 It's a 128-MB flash-drive. Working in a "looped" mode - when it runs out of space, it starts overwriting from the beginning. My friend said they're still trying to figure out how did the Chinese do that. Because the drive reports "correct" file sizes and disk-capacity. And the "looped-overwriting" does not touch the other files present on the drive.

The device looks pretty convincing - lots of tech labels and stuff... The Chinese salesman even saved something to the drive to demonstrate that it "works" in the store.