Just had an argument with my partner. He was going to add a new logging feature to our help desk app. Another feature. Another button in the admin panel. Another setting. Another report to read.

This reminded me of Jamie Zawinski's law. The one that says every program attempts to expand until it can read mail. 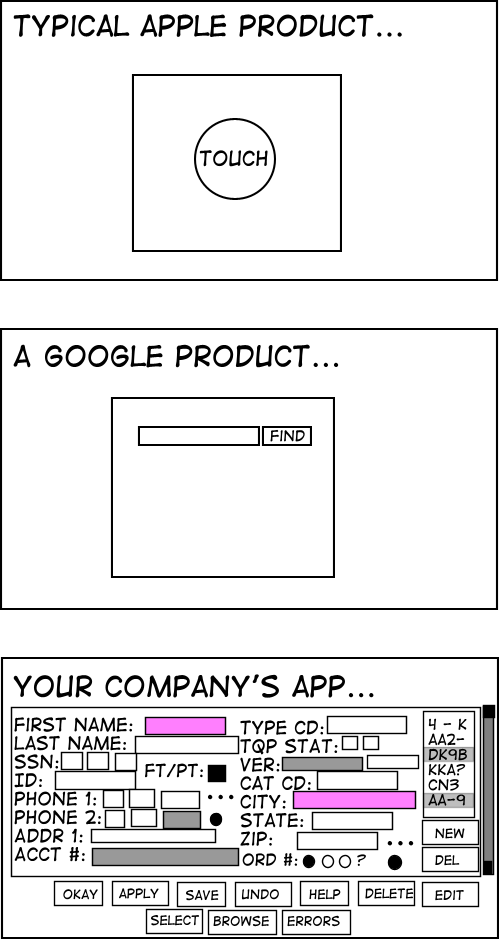 If you're still positive about it - make sure that:

PS. Image courtesy of Erik Burke from "stuffthatmatters.com", his site seem to be down, fortunately, had it saved on my HDD.