Let me start with an amazing story I heard from Mikey Trafton in 2012 at the BoS conference. About how Southwest Airlines interviews for flight attendants.

First, they publish a newspaper ad for flight attendants and receive a bunch of CVs. After that they invite about fifty or sixty candidates to the interview. They interview them all together, in a big conference room, where there's both group interviews and one-on-one interviews.

But here's the amazing part. At some point Southwest breaks candidates into smaller groups of eight to ten people. They put them in a circle and ask each candidate to tell the story of the most embarrassing moment in their life. People go around the circle and tell that embarrassing story one by one...

And you might be thinking - sure, what they are hoping to learn is how people overcome adversity. Or how people don't take themselves too seriously. Or how open-minded they are to tell that embarrassing story in public. Or how did they handle the embarrassment part overall etc etc.

As it turns out the interviewers aren't even paying attention to the person telling the story. They don't listen. They are looking on the faces of everyone else in the room. They're looking for empathy. Empathy simply shows up on your face if someone is telling about their most embarrassing moment right next to you. But only if you're an empathetic person.

Why your customers need empathy

Fear, embarrassment and anxiety often come from not knowing how things work. Airplane passengers are mostly not familiar with aerodynamics and the Bernoulli's principle that makes planes fly. They don't know that turbulence is normal, that landings are autopilot-assisted and how rudder-controlled turn is different from aileron-controlled turn.

Just like non-tech people have no idea how WiFi works, how printers print and computers, ahem, "compute". My mom still thinks Skype connects through a cell-phone network despite my numerous attempts to object. She's afraid to move icons around on the desktop so she doesn't "brake" anything.

I just need to be in my mom's shoes when I'm assisting her over the phone in fixing her laptop. 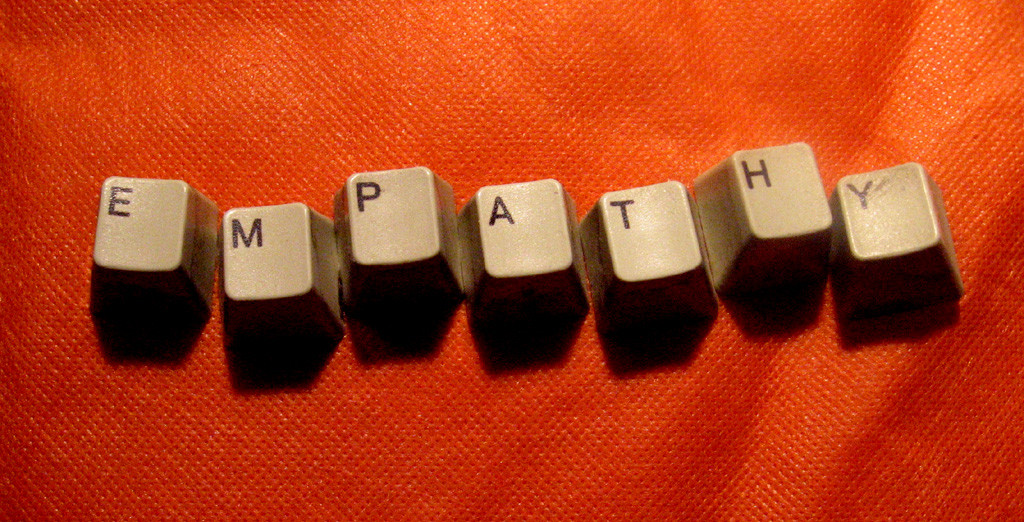 "Empathy" is all about being in someone else's shoes. That is why former waiters are the easiest customers to serve food. People who have worked in call-centers are extra polite and patient when they call some help-line. If you see a person being extra-helpful to someone with a fussy infant - this person is likely a new parent himself.

Empathy comes from having had similar experiences. So the easiest way to help customer support employees become more empathetic is to put them in their customers' shoes. Which is much easier if you have a great support ticket system that gets out of the way ;)