While we had the iPhone helpdesk app for a while, we didn't have an Android one. Many users were requesting and we're excited to announce that we finally launched it. 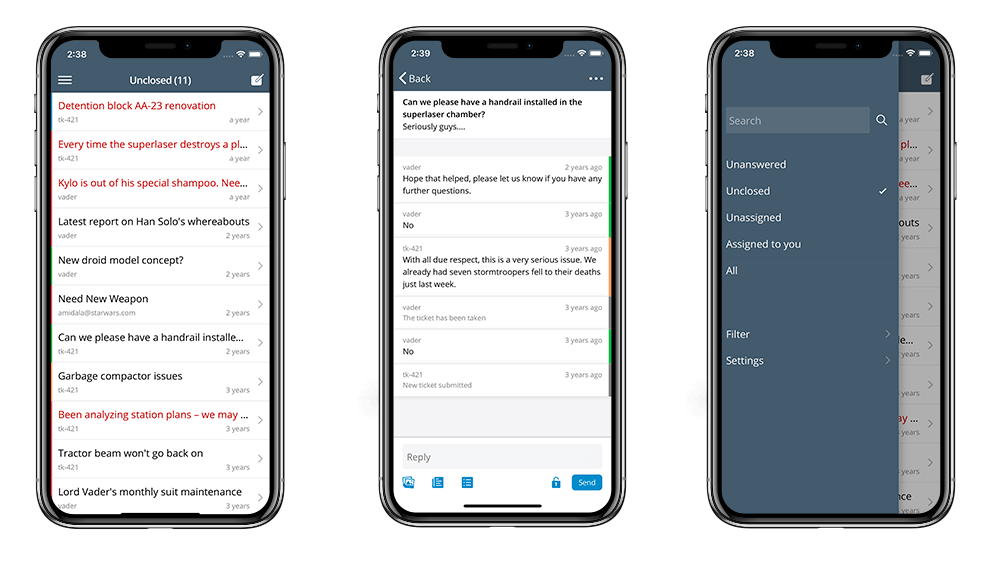 Android and iOS apps features are exactly the same. We intentionally kept the app very simple and easy, so the helpdesk agents can do their job on the go. The app stays operational even at slow connection speeds. Note, that the app can be used with both "hosted" and "on-premise" versions of Jitbit Helpdesk.

The Android app features improved performance. We know that a lot of people are still using older devices and some apps can get really slow and laggy. We worked really hard to provide everyone with a decent performance despite the device model. It also should work and look nice on any Android phone or tablet.

The Jitbit Android app is already a highly useful tool, but we plan do make even better. If you have any feature-requests, bug-reports or suggestions please send them to our support, we'll be happy to help.

Looking for your helpdesk?